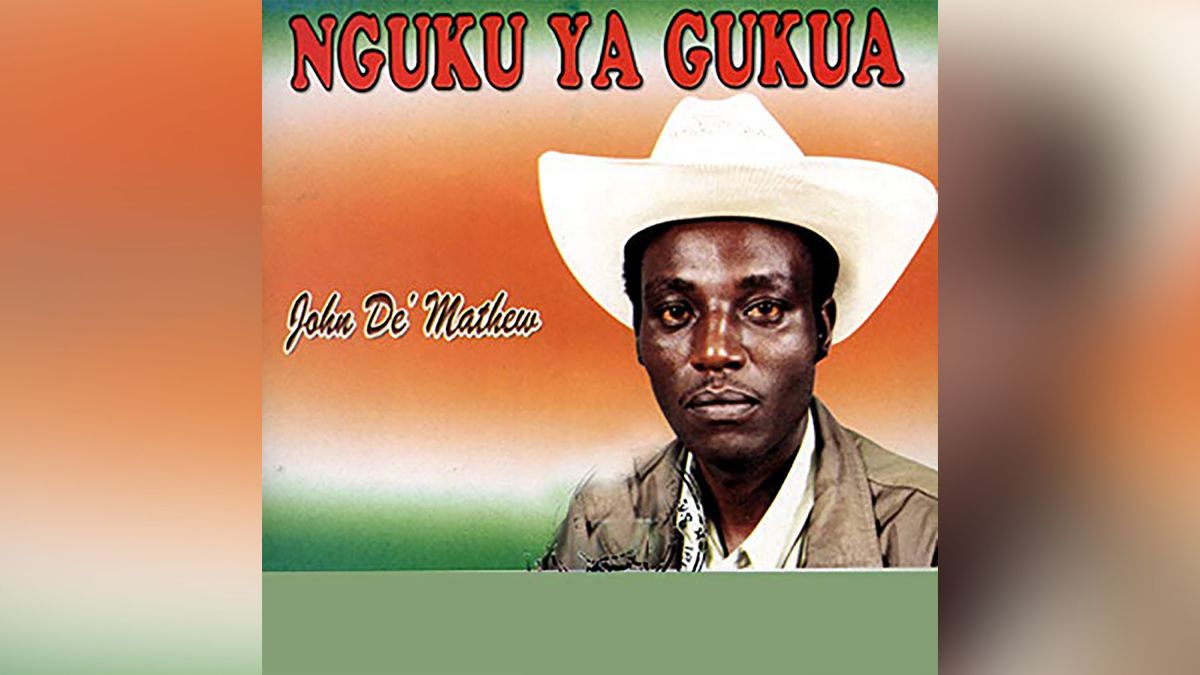 Mugithi is a music genre originating  from the Kikuyu Community and is also enjoyed by other ethnic Groups . It is a song Sung by Single Singer accompanied by guitar.

Here are some of the Background information about them

Late John Nganga alias  John De Mathew. He was a popular Kenyan kikuyu musician who had many hit songs like ‘Pin Number’. In the past and also ‘Niwe Njata Yakwa’

John De Mathew was Born in  1969  in Gathiruini , Gatanga Constituency . He is the fourth born of the family. His spouse was Sarafina and Caroline . He had Three beautiful children and was the son to the late Lucy Wanjiku and Mathew. He attended Mukurwe- ini Primary and Secondary .

In 1986 he began his Music Career and on that year he released his first song Jenifer 1987 he released My Dear Nduku which put his name on the map.  Timona Mburu , Joseph Wabumbe  Propelled His musical   journey. He has over 370 songs . In the year 2017  he released   also Hit Song Ngoro Gitina.

Some of John de Mathew popular Mugithi hit songs are :

Joseph Kanyi popularly known as Jose Gatutura is an accomplished Kenyan Kikuyu Mugithi Artist. He was born in Nyandarua County and Is known for his popular hit song Thii Ukimwaga. His love life and his children and family are all private as he doesn’t like all his business on social media.When asked about them all he says is that he has people.  In 2007 he was Doing Covers For popular Kikuyu Hits In Nairobi Clubs Where he met Mike Rua who mentored him in the music Career.  In 2011 he learned how to play guitar which his father had taught him.

On  his music Career he has toured several Countries like South Sudan, Rwanda  ,Dubai .

Some of his popular hit Mugithi Songs are

Thii Ukimwaga- released in  2016 and it’s all about informative content to ladies.

Reke Ngure Gitanda-Released in Dec 2017 and it’s all about Young people being advised on how to not be in a hurry to move in together with their  significant other till they are ready.

Ndia Kihanya-Released in Dec 2017 and it’s about remembering where you came from.

He was born in Subukia Nakuru County in  1990  and as of today he is 30 years old.He is the third born in a family of six and his father died when he was three years old and his mother also passed on. He attended Kieni Primary and Kieni Secondary.2011 he started his diploma on Business information technology and then joined the Police service in 2013 .

He started his solo music career after being a vocalist for Kamande wa Kioi’s back then. His wife is Edith Muchoki . He came limelight after his popular Song ‘Ndiri Mutwi Mwega’.

Some of his popular songs include:

Joyce Wa Mama is a Kenyan Kikuyu Secular Musician . She is Popularly known for her Hits Songs Wari Wakwa ,Zurura Dada. She was born in Kongoini Village together with her sister Jackie Mathia.Her age is not disclosed since she has never opened up about it. Wangari wa Kabera Introduced her to music in 2009.Since then she made her way in  the Industry till to date. Munyeki the Sonko is her husband and her son is Telvin Mathia.

Some of her popular songs are

Also he had popular mixes like Kikuyu Kigoco mix and Hutia Ria Keri.